What. Is. Up. Reader?
This week was plum plum (the fake German way of saying cray cray) and I can hardly believe it is email time again. Mission time is like ETERNAL TIME. It flies by yet drags on. Time is no longer a real thing. What is time?
On Monday we went to a store called Globe Trotters. It is a massive Swedish store like Cabellas, but even better because it’s Swedish. They have a pool where you can test out canoes for free! Sister Ras and I enjoyed a nice canoe date. Haha. There is also a room 30 degrees below zero for you to test out winter clothes and a rain storm room for you to test out rain gear. As if Dresden couldn’t get any more amazing, I found Globe Trotters. I tried to convince the District to go there again today but they want to go to a castle. Rough life, am I right?! haha.
This week we had a street display for a few hours! We broke off alone and talked to every possible person. I think I said ‘schön tag noch’ at least 500 times. Sister Rasmussen and I decided to go over the side and talk to people in a less crowded place. We approached this lady and asked her if she’s heard about the Book of Mormon.
‘Yes, I’ve read it.’
Insert dropped jaws because that just doesn’t happn here in Dresden.
Turns out she met with missionaries but they got transfered and she didn’t like the new ones but she is still searching for the truth. Hallo Wunder! (miracle) That just shows to me that the Lord is preparing people for us and we have to talk to everyone because we have no idea who is ready. It’s like a game. A missionary game. Fun stuff I tell ya!
On Fridays we go to a place like the DI called the Taufle. We sort clothes and move boxes and eat poverity chocolate. It’s great district bonding time! Plus they told us we can take anything we want so when I found these German shirts Sister Ras and I were all over that! We wore them to our ward’s sport day and I think it helped me play soccer better. I’m having the little European children teach me their soccer tricks so I can pretend to be as good as them.
I’ve learned so much about myself living in Germany. It really is my other half! Anytime I do something German I say ‘well I am half German’ and anytime I do something not german I just say ‘well I am also half American.’
It is the best of both worlds!
Here’s one of the many things I’ve learned about myself here: I love rollerblading because I am half German. Everyone rollerblades here! It’s plum plum. It makes me excited to return home and reunited the RollerBLABES. ‘Come one, come all, until we fall!’
I am so blessed to be a part of the Lord’s work. I never thought I would enjoy studying all morning or staying at church for hours on end, but I do. I do, I do, I do! So here’s my mission tip for you: Enjoy what you thought you never would. I use to hate soccer, but now I thrive off of it!
I hope you have a great first week of July. Celebrate America for me on Thursday okay?
Oh and any questions you have, don’t be shy! Ask away!
Tchüss,
Sister Helzer 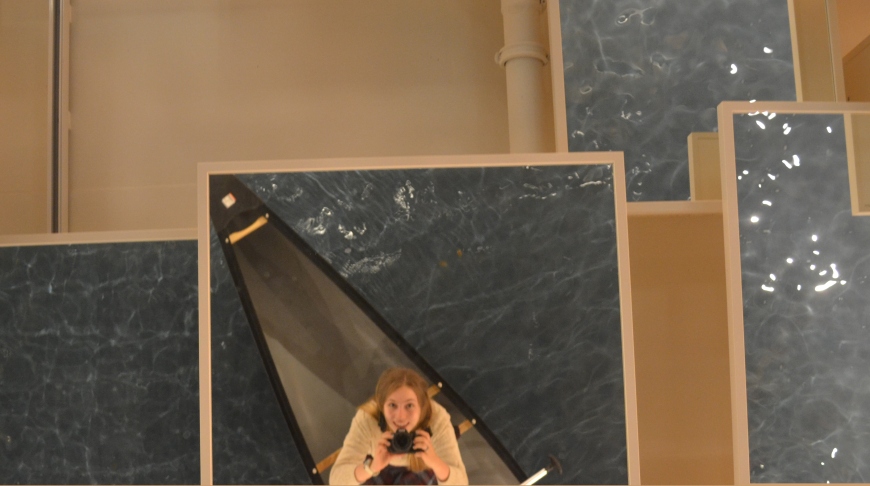 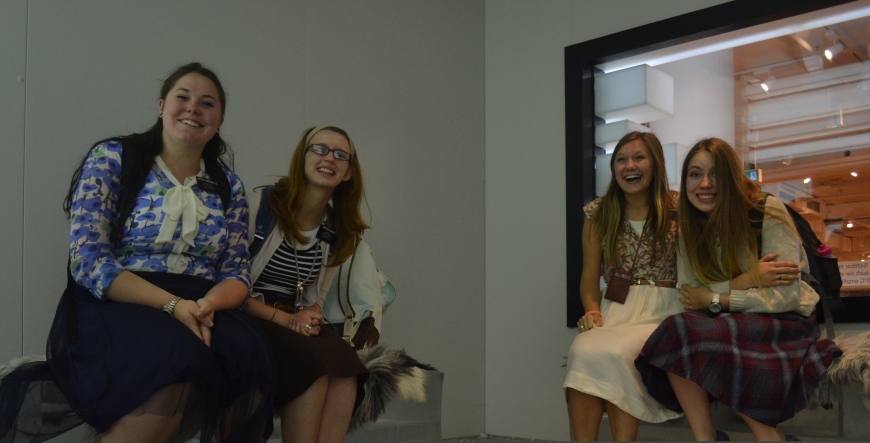 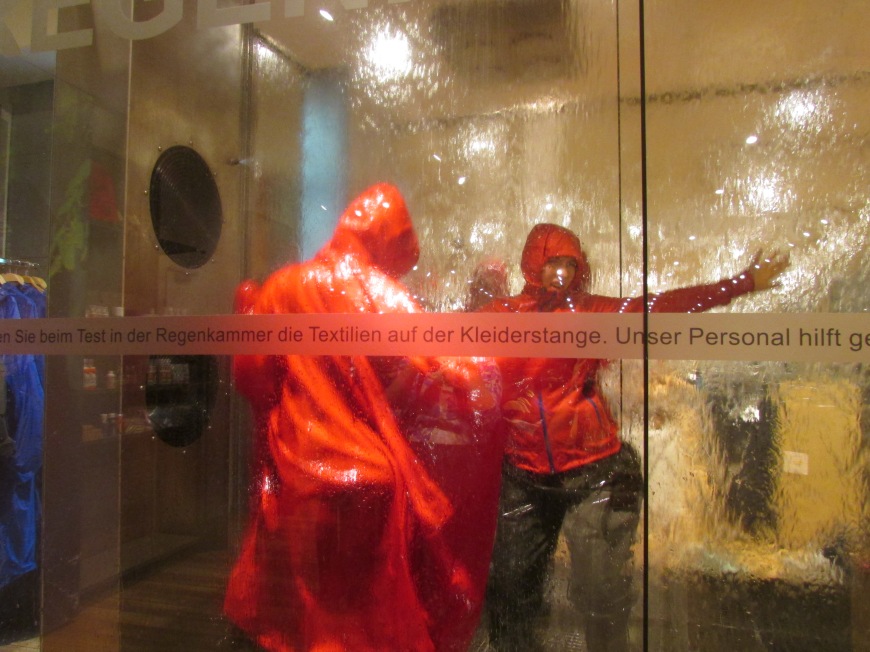 the rain room at globe trotters

This is inside Globe Trotters. Isn’t that wicked awesome?! 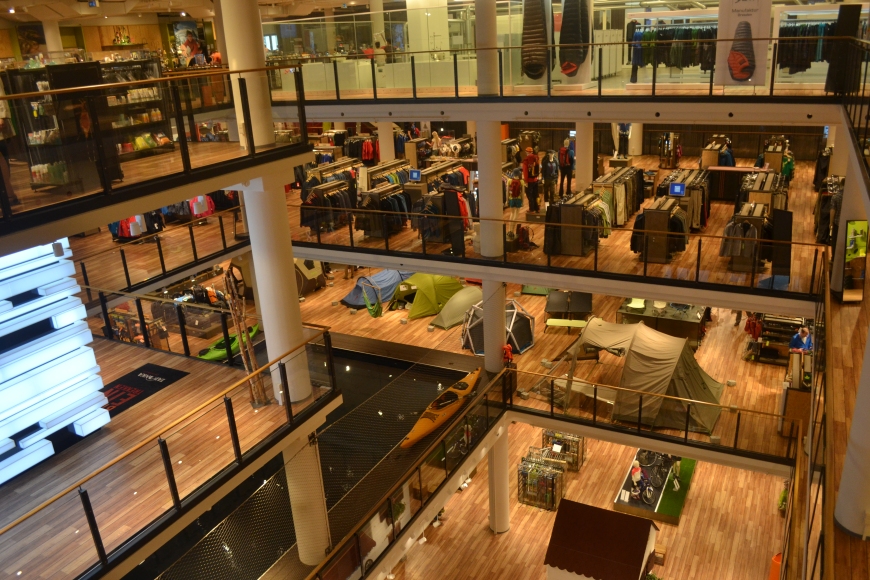 the actual globe trotters store and all its glory

view from the dresden bridge

We found these shirts at the taufle!

We went singing in the rain to find people. #findingfail 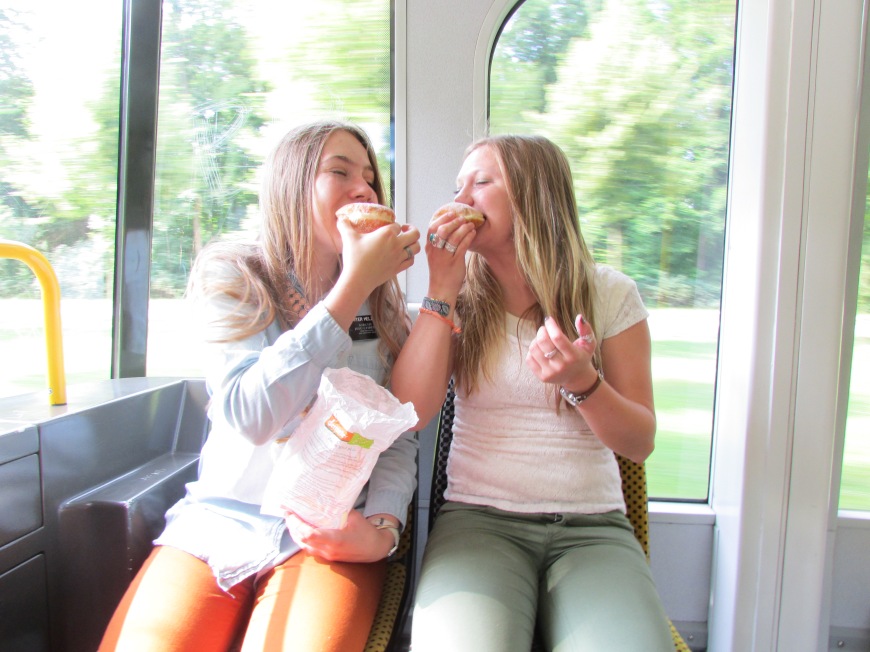 One thought on “Letter Five from the Lovely Lady Lena”